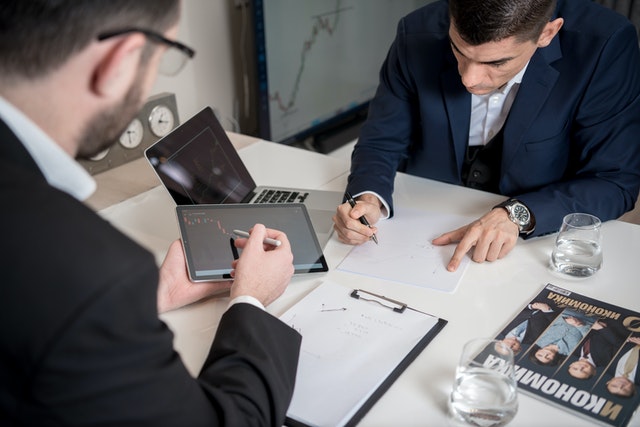 As the most liquid financial market in terms of daily trading volume, the forex (FX) market is essentially a 24-hour, decentralised over-the-counter (OTC) marketplace for currency trading.

Generally, its core purpose is to facilitate international trade and investment activities by supporting businesses that wish to convert one currency to another.

What is FX Spot Trading?

An FX spot transaction is basically an agreement between two parties to purchase one currency against selling another currency, at a specific agreed price for settlement on a spot date, typically two business days after the trade date.

As the FX market is not open on weekends, settlement typically happens on a weekday.

If the settlement date falls on a public holiday in one of the countries, settlement is delayed to the next business day.

What is the Spot Market?

Generally speaking, the spot market is where financial instruments like commodities and securities are traded for immediate delivery. There are two main types of spot markets, namely over the counter and market exchanges.

What is a Spot Exchange Rate?

This rate at which currencies can be exchanged for value spot, is essentially the most actively traded, and is largely determined by the demand and supply for each currency.

The spot exchange rate can fluctuate over time in reaction to news releases, economic data and geopolitical events, presenting a risk to a foreign exchange position.

A spot exchange rate also has great significance because it forms the underlying basis for the valuation of almost all foreign exchange derivatives, such as FX forwards, currency futures and currency options.

The spot exchange rate is usually expressed as the number of units of the counter currency that are required to purchase one unit of the base currency.

For example, if the spot exchange rate for GBPUSD is currently at 1.2000, it means that an FX trader would require $1.20 to purchase one British Pound in the timeframe of two business days.

What is Spot Value?

Spot value is basically two business days from the transaction date for any currency pair. The only other exception is for USD/CAD currency pairs, which are delivered in one business day, according to Forex market conventions.

Additionally, though electronic transactions currently permit the almost instantaneous delivery of currencies after an FX transaction takes place, the FX convention of typically waiting 2 business days to deliver the currencies continues to persist.

How does FX Spot trading work?

The FX market usually quotes the value of currencies against the USD. The exchange rate between two non-USD currencies is calculated from the rate for each currency against the dollar, and this is referred to as the cross rate.

Cross-rates are also traded between banks in addition to dollar-based rates as some pairs tend to be closely related. For instance, the Swiss Franc moves closely in line with the Euro and the EUR/CHF is thus commonly traded as well. .

FX Spot trading revolves around spot FX quotes. Principally, the spot FX quote is a two-way bid-offer price. The bid price indicates the rate at which a bank is prepared to buy the base currency against the quote currency while an offer price indicates the price at which a bank is willing to sell the currency. The difference between the bid and offer price is known as the spread, which can be viewed as the risk of making one unit currency transaction. The spread is also the profit that a market maker can make.

Spreads are often an indication of the liquidity of the currency pair. In practice, the smaller the spread is, the more liquid the currency pair is, as this suggests that there are more bids and offers in the market.

For example, for the most liquid currency pairs like EUR/USD and EUR/GBP, the spreads are typically minimal, at 0.5 or 1 pip during intra-day trading hours.

For less liquid pairs such as MXN/TRY (Mexican peso and Turkish Lira), the bid-offer spread can be as large as 20 or 30 pips, as there are fewer participants with bids and offers available.

What are FX Forwards?

An FX Forward contract is essentially an agreement that allows a buyer to lock in an exchange rate, for settlement on a future date.

Generally, FX forwards is one of the primary methods utilized to hedge against exchange rate volatility, as they help avert the impact of currency fluctuation over the period covered within the contract.

FX forward contracts are commonly employed by exporters and importers, and businesses with a frequent need to exchange currencies, to hedge their foreign currency payments from exchange rate fluctuations in the near term.

How are FX Forwards used?

FX forwards is generally an effective hedging vehicle that allows traders to indicate the precise amount to be exchanged, and the specific date on which to settle in the forward contract.

The exchange rate for an FX forward transaction is usually based on a forward rate, typically adjusted by a premium or a discount, and calculated as the interest margin between the two currencies over the term of the transaction.

In practice, if a trader is expecting to receive a cash flow denominated in a foreign currency on some future date, he can lock in the current exchange rate by entering into an offsetting forward position that expires on the date of the cash flow.

This will allow him to hedge the risk of exchange rate fluctuations during the period before he receives the cash flow.

FX forwards can also be utilised by traders to speculate future exchange rates.

In FX spot transactions, freely tradeable currencies are typically purchased or sold at the current exchange rate called the spot rate and settled within 2 business days.

On the other hand, FX Forward contracts are utilised by market participants to lock in an exchange rate on a specified date in the future, in order to hedge exchange rate risks for future flows of funds.

An FX swap transaction basically entails the simultaneous purchase and sale of identical amounts of one currency for another at a later specified date.

Overall, an FX spot deal constitutes a contract for immediate delivery in the prevailing rate of exchange, while an FX forward deal is one in which foreign exchange is purchased and sold for future delivery. Both types of transactions are commonly used in the FX market depending on the traders’ requirements. 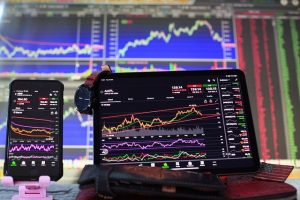 How Do Forex Trading Robots Work?

Compared to other investment instruments, forex trading has become widely popular in the past decade with lower barriers to entry and high potential returns on 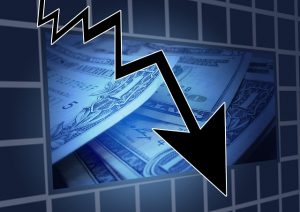 How to Place a Stop-Loss Order When Trading?

For many retail investors starting with trading, it is common to hold a losing position too long or see their profit slip back into a

Day trading and swing trading are two often confused terms representing two short-term strategies across different time periods. In this article, we will be comparing

A Beginner’s Guide to Day Trading

Day trading has recently seen emerging interest since the COVID-19 lockdowns due to its reputation for speedier returns. That said, its nuances and characteristics are

The information on this website ("Information") is strictly not intended for any person in any jurisdiction where it is unlawful to access or use such information. Ortega Capital ("OC") disclaims all responsibility if you access or use any Information in breach of any law or regulation in any jurisdiction. All persons who access this site are required to inform themselves of and to comply with all applicable restrictions in their respective jurisdictions. The Information is provided for information purpose only and on the basis that you make your own investment decisions and does not constitute investment advice directed to any person or offered for any particular objective or to be relied on. Neither OC nor any of its representatives are soliciting any action based on it and it does not constitute a personal recommendation or investment advice. Should you have any queries about the Information referred to on this site, you should contact your independent financial adviser.

Copyright, trademarks, database rights, patents and all similar rights and the information contained herein are owned by OC, its licensors or relevant third party providers. You may use the Information and reproduce it in hard copy for your personal reference only. The Information may not otherwise be reproduced, distributed, stored or transmitted without OC's written consent. Nothing on this site should be considered as granting any license or right under any trademark of OC or any third party. All logos and trademarks used herein remain the property of their respective owners. Use of them does not imply any affiliation with or endorsement by them.